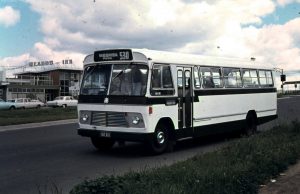 On the third Sunday of September each year the society meets for our Annual General Meeting at Hawthorn Tram Depot.

Other than the all-important election and appointment of the committee for the coming year, any general business is discussed along with a report on the financial status of the society.

We also take time to reflect on the many activities and achievements of the society over the previous year, with our secretary Paul Kennelly preparing a detailed annual report with the assistance of the president Geoff Foster and other committee members.

The annual reports from the 2009 AGM onwards can be downloaded below.