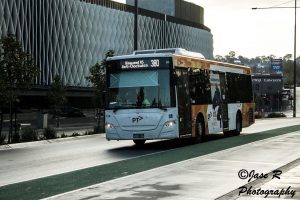 A raft of changes will take place on Transdev network took place on 27 July 2014, their first timetable change since taking over the Melbourne bus franchise in August 2013.

One could consider these changes the first stage of a more significant Greenfields network that was due for implementation by the middle of 2015 (still postponed indefinitely).

A summary of route and timetable changes:

A full review of the changes that took place:

908 services no longer operate into the CBD outside of peak times, with passengers forced to change at Donaster Park+Ride onto a connecting 907 service. Reports from the first Sunday of operation suggest that heavy loading is now an issue on 907 services down the Eastern Freeway, with weekend frequencies from Doncaster