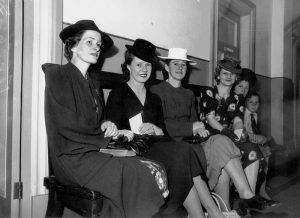 During World War Two, labour shortages saw the drafting of many women into occupations which had previously only performed by men. There were a wide range of such occupations – everything from bus driving to assembling fighter aircraft!

The excerpt below is from the July 1943 issue of Transportation Magazine was written for male supervisors of women in the work force who may not have previously been required to supervise female employees. Imagine offering these tips at an induction for HR Managers today!

Eleven tips on getting more efficiency out of women employees.

There’s no longer any question whether transit companies should hire women for jobs formerly held by men. The draft and manpower shortage has settled that point. The important things now are to select the most efficient women available and how to use them to the best advantage. 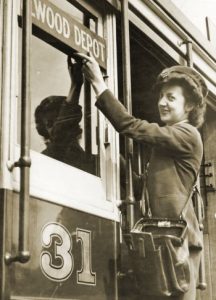 Conductress changing the destination sign on VR tram on the St Kilda to Brighton route in 1943. (State Library of Victoria)