The July edition of Truck & Bus Transportation from 1950 onwards carried a detailed “specification” section for trucks and buses. For buses, this was split into two groups – chassis and complete production buses. One of the interesting columns in these specification charts for me was the cost of the various chassis or buses. 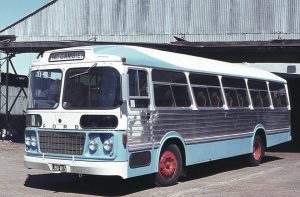 The Ansett group of bus companies included Ansett Roadways and received the latest Ansair design (the airporter) on the Ford R192 chassis, new in 12/1971 and registered as LBU815. (Bruce Tilley Collection)

Alas, increasingly over the years, POA (price on application) would appear in the column. However, in 1971, the prices of most chassis were still being “revealed”. Here are some of the main ones: 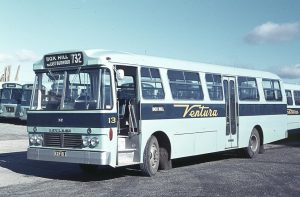 Fleet expansion in the late 60s and early 70s, as well as the replacement of some Bedfords and AECs saw Ventura purchase 13 Albions with PMC bodies in four lots with slightly different body styles. The largest, and last, group of 5 came in mid 1971 including No 13 (KXH013) which resurrected that fleet number after about 6 years “in abeyance”. This was an Albion Viking VK 55. (Bruce Tilley Collection)

The only “European” chassis on the chart was the Volvo B58 but it had POA in the price column. I believe that it would have been around $20,000.

The only production bus figures were for Bedfords. A Bedford SB3 with body was around $11,000, which gives an indication of the proportion of the total cost chassis/body for a Bedford (approx 40/60). One could surmise that the cost of a Leyland Leopard with body would have been around $19,000, with the proportion of chassis/body cost of approx 60/40.

The pictures included with this article are various buses delivered in 1971 from the Bruce Tilley Collection. 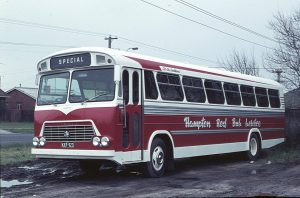 During 1970, Comair VAMs were offered to be built to the recently changed maximum length of 36 ft (in NSW it was 37ft which is why they looked longer – they were!), This one, KXP923, was new to Merv Peeler’s Hampton Red in May 1971. (Bruce Tilley Collection) 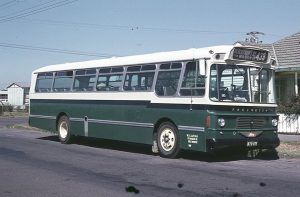 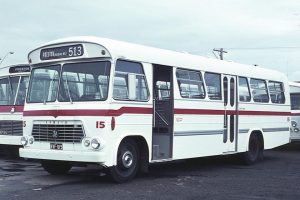 Bell Street B.C. continued to buy Bedfords along side Leylands in the late 60s and early 70s. This Comair Bedford SB5, KVF015, was one of 4 which came in April 1971. (Bruce Tilley Collection) 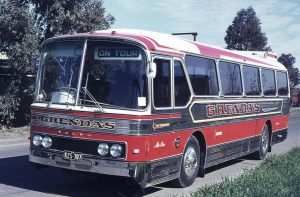 KZS707 was the first Volvo B58 coach in Australia and was delivered to Grenda’s along with 3 MB O302 coaches with similar Denning bodies. The chassis had been in Australia for a period as a demo and was bodied in September 1971. (Bruce Tilley Collection) 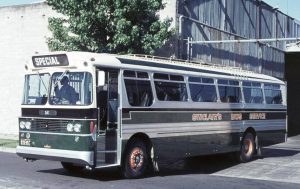 Because he was a Scot, Bill Sinclair liked Albions but the number of Albions delivered to Sinclair after 1970 had more to do with the style of work into which they were moving. This Albion Clydesdale CD23 with Freighter body, KYU057, was new in 7/1971. (Bruce Tilley Collection) 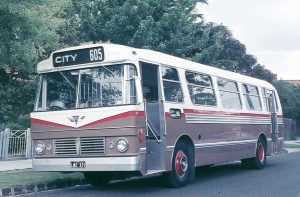 ESOS was the last Melbourne Metro operator to receive new rear door buses – something Warwick Spencer apparently liked. This was also the last new bus delivered to ESOS before sale to W Sinclair and Sons in July 1972. LAE371 was an AEC Reliance 505 on a PMC body new November 1971. (Bruce Tilley Collection)