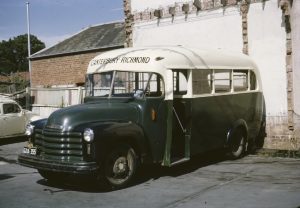 At 6.40pm on Friday 19th December 1969, owner-driver Phil Venier pulled his bus into the Canterbury terminus to cease operation for the day — and forever. Thus, the colourful history of one of Melbourne’s bus routes (Route 129A: Canterbury — Richmond) came to a close.

During the course of the afternoon several trips were patronised by a number of bus enthusiasts at whom Phil recounted much of the former glory of the route. .

Phil commenced as an owner driver in 1932 with a 7 passenger 1926 Studebaker. At that time 19 motor cabs serviced the route which extended through Canterbury and out as far as Box Hill. Six were owned by AJC Motors, four by Ventura Motors, and the remaining 8 by owner drivers. All were seven-seaters which meant that they were classified as motor cab and not buses which were 8 seats or more.

Phil’s Studebaker was replaced by a Reo “Silver Crown” in 1935, which in turn was replaced a couple of years later by a Diamond T (FT.945), still a seven-seater. The Diamond T continued in service for some 17 years until it was replaced in February 1954 by a “big” 18-seater Chevrolet bodywork with Cheetham and Borwick and registered GDA-355. 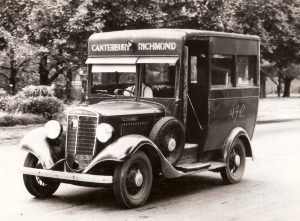 Prior to regulation in 1925, large buses ran from Box Hill all the way into various parts of the city. Ventura Motors ran to Spencer Street station. After regulation, which licensed routes and restricted competition with trains and trams, the route became a motor cab service (Motor Cab route No 2). It ran from the corner of River Street and Bridge Road Richmond (where the then cable tram ended) to the corner of Station Street and Canterbury Road in Box Hill. There were many operators with their 7 seat cabs, including Allan Joseph Cowan who operated as AJC Motors from a premises in Canterbury Road between Myrtle and Beaumont Streets.  He was the major operator on the route for more than 20 years.

Towards the end of 1935, the section from Station Street Box Hill South to Canterbury Station was separated and deemed to be a bus route (bus route 89A), initially operated by Ventura which then went through a succession of owners to finally Mees Bus Lines in 1964 but the route closed at the end of 1967. 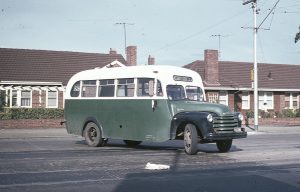 For the other section, the Canterbury Station to Richmond motor cabs continued to operate via Canterbury and Rathmines Roads and Liddiard Street, on its way to Bridge Road. At the end of 1952 the service gained bus route status. There was a grace period for the then operators to acquire “big” 18 seat buses – which stretched out to February 1954. Of the seven motor cab operators in 1952, only five bought larger buses – Phil Venier, Percival Gordon McCallum, Alan Cotton, Fred Jackson and Leonard & Jack Whelan. The Whelan’s had a Bedford bus (details unknown) and dropped out soon after.

Mr Wilks eventually took over Jackson’s bus. Wilks withdrew from the service in 1966 which left just 3 buses. McCallum and Cotton withdrew during 1969 and Phil Venier ran the last service on 19th December 1969. 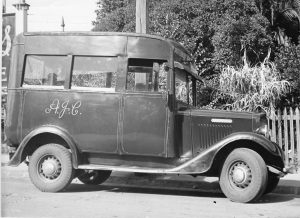 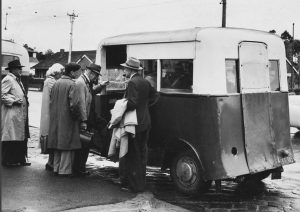 Phil Venier FT 945 (Diamond T) in the final weeks of motor cab operation on the Canterbury-Richmond route in late January 1954. The bus parked ahead is running Route 10 to Camberwell (Herald Newspaper archives) 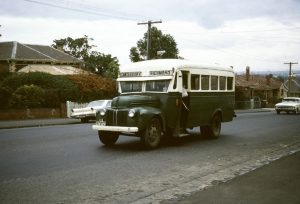 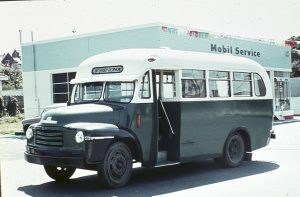