Frank Deveson operated a small but neatly presented fleet on the short route 463 that was extended in stages through to Niddrie. The five bus fleet comprised four Ansair Transetts similar to GXP 031 seen awaiting departure at Essendon Station. (Geoff Mann)

Route 145A began late in 1960 as Essendon Airport – Airport West by Progress Bus Lines, connecting off the tram service. By October 1962 it had passed to Barnes Bus Lines. In the next year it had been altered to Niddrie – Airport West, and the operator was K. Cummingham. In 1964 it was run by Hicks, who traded as Airport West Bus Service.

Early in 1967 it further changed hands, this time to Western Consolidated, followed by a short-lived extension to Tullamarine Jetport (Melbourne Airport) in June 1970. Renumbered Route 461 in 1971. 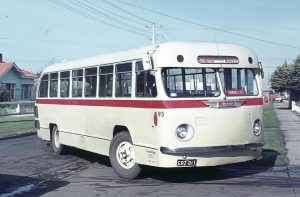 GRZ 011, a Ford V8 Transett with Ansair body, originally new to Corio Bus Lines before sold to Deveson’s in August 1965. It was later fitted with Perkins V6 diesel engine then sold as a caravan in September 1974. (Bruce Tilley) 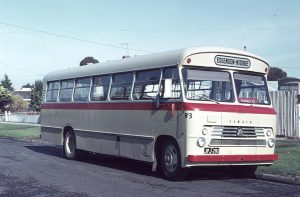