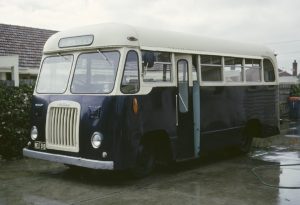 Motor cabs came to be licensed for a variety of uses. There were “general” licences which allowed the vehicle to ply for trade through the inner Melbourne Metropolitan area but with set pick up/drop off points within the city. There were other licences to take passengers to sporting events, like the football or the races. And finally, there were motor cabs licensed to run on set routes – mostly in the inner north and west of Melbourne, with a few in the east. 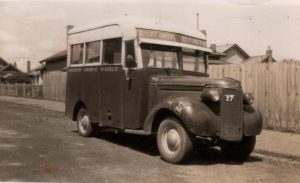 Motor bus routes were largely unregulated until 1925. After that, bus routes were set and only licensed operators could run them. Where patronage was deemed to be not large enough for a bus route, there were applications for motor cab routes. One of these was Motor Cab Route 5, the Victoria Street route. Albert Deveson was an early operator of motor cabs in the area and was running Motor Cab Route 5 in the late 1920s and early 1930s with his sons. Initially, the route ran west from Sydney Road along Victoria Street to Hopetoun Avenue, West Brunswick. In 1934, it was extended east along Albert Street to Nicholson Street, East Brunswick. 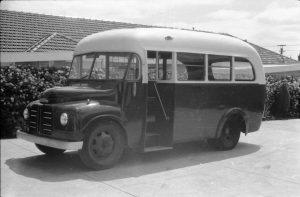 The bus route – West Brunswick to East Brunswick –  ran from Hopetoun Avenue via Albion Street, Melville Road, Victoria Street, Albert Street to Nicholson Street. Initially it ran with the motor cabs but, in 1954, two 16 passenger Cheetham & Borwick bodied Austins were purchased. One of these was sold in 1960 when two new Noreng/Ausdus-bodied Austins arrived, making three buses for the route. The livery was royal blue with a cream, and later, white roof.

The Transport Regulation Board (TRB) prescribed a minimum timetable every 20 mins from 7am to 6:30pm weekdays and 7am to 1pm on Saturdays.

When “young” John Fleurie died suddenly while working November 1975, and with his son Kevin at university, John Snr decided to sell the business to Reid’s (6/1/76), who had helped out during a difficult intervening period. The frequency was halved to 40 minutes in the final days of Fleurie, requiring a single bus on the run. This acknowledged the large amount of duplication with Reid’s popular Route 508 (Moonee Ponds – Alphington) service. As a mark of respect Reid’s continued to use the Fleurie livery until John Snr passed away in 1981, with two Comair SB3 Bedfords repainted (although different shades). This also aided in reducing confusion between different routes on the common section of Victoria Street.

Route 507 continued until 1990. The 1987 timetable showed buses every 45 mins in peak periods, but every 32 minutes mid-to-late morning when buses carried locals down to the Sydney Rd shopping precinct. By this stage, the Saturday morning service had been withdrawn. 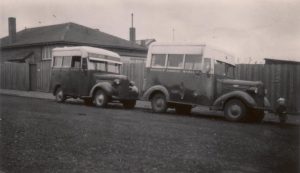 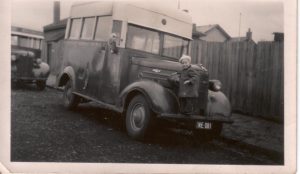 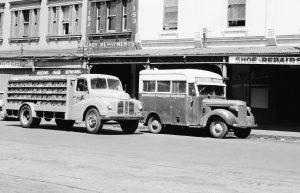 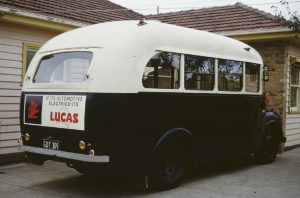 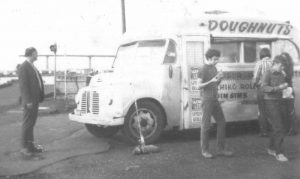 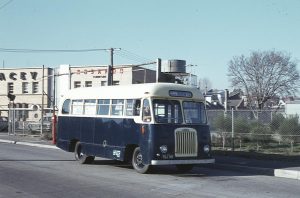 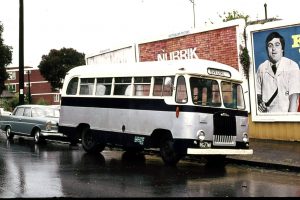 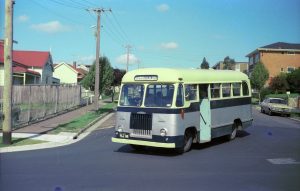 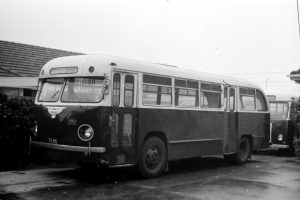 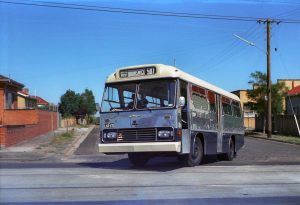 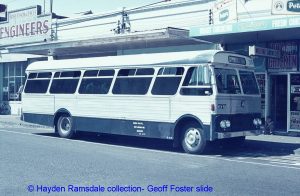 The only Fleurie bus used by Reid’s was KEA926 (Bedford SB3, Ansair) which wasn’t kept for long after acquiring the run. Picking up on Victoria St, Brunswick. (Geoff Foster) 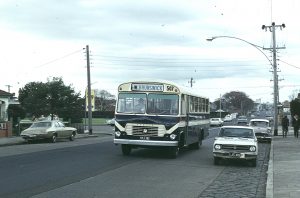 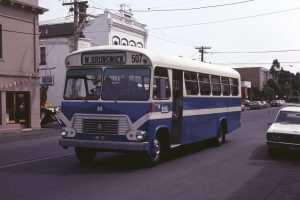 Heading past the Victoria Hotel, Reid’s #26 LMK521 (Bedford SB5, Comair). This wore a lighter shade of blue than #21. (Alan Greenhill) 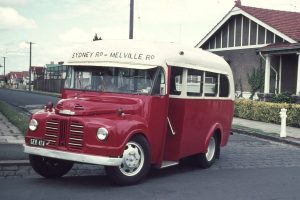 GEB 424 (Austin, Cheetham & Borwick) was new to Fleurie in 8/1954 for Route 128A along Victoria Street, Brunswick. It would spend much of its life on the neighbouring Hope Street 127A service from 1/1961, first with Massey and later Long Bros. It was a sister unit to GDT 309 and originally wore the Fleurie blue. (Bruce Tilley) 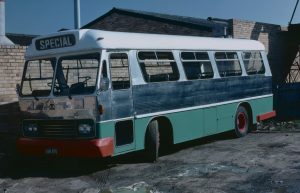