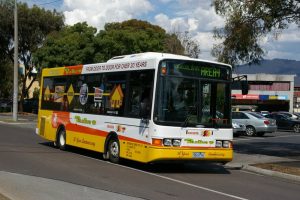 In addition to regular bus stops, passengers may phone-up to arrange a pick-up at home if they live in the designated area or ask the driver to set them down at home. Home bookings attract a small surcharge on top of the usual myki fare.

During the 1980s and 1990s the service was expanded into Mooroolbark, Croydon Hills, Lilydale East and Rowville, with most of these areas still running today.