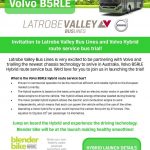 Promotional information for the public launch on 31/8/2016.

La Trobe Valley Bus Lines are currently trialling a (Volvo B5RLEH, Bustech) demonstrator, which wears a distinctive green livery, highlighting its environmentally friendliness. It entered service on August 31 2016 at a public launch at Traralgon Plaza from 10am until midday, and is based out the Traralgon depot. The bus is registered on car plates as 1FW 2HG.

The bus was first launched at the New Zealand Bus and Coach Conference in October 2015, before trials in Auckland, Hawkes Bay, Palmerston North, Wellington and Tauranga over the next 9 months.

Volvo suggests the bus uses 30 – 40% less fuel than a conventional diesel bus and is capable of 40% lower emissions, operating roughly a third of the time in electric mode. The bus is a parallel hybrid where the bus is powered by electric motors up to a speed of 23km/h. After that the 5-litre diesel engine kicks in to power the bus.

A second sister unit was trailled by Melbourne Airport in early 2017, registered as CH72QB on NSW plates.

There is also an official Facebook page with various news and updates on the trial. 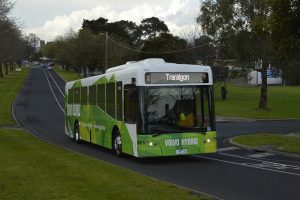 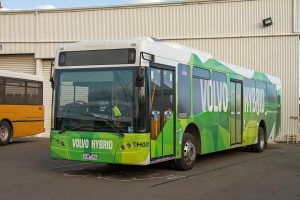 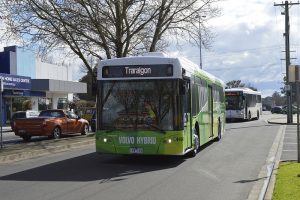 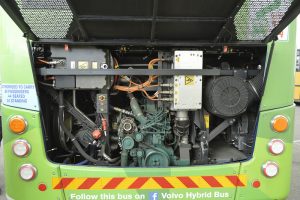