Suburbs that form part of the CIty of Bayside municipality in south-east Melbourne include Beaumaris, Black Rock, Brighton, Brighton East, Hampton, Hampton East and Sandringham along with parts of Cheltenham & Highett. 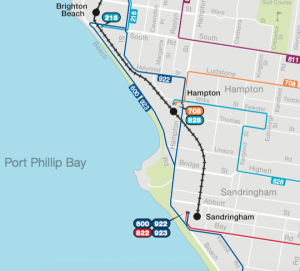 Below we have uploaded various editions issued for City of Bayside, however we stress this is not a complete set by any means. Where possible, we have noted the reason(s) for the updated map.