Suburbs that form part of the Hobsons Bay municipality in south-western Melbourne include Altona, Altona Meadows, Altona North, Newport, Seabrook, Seaholme, Spotswood, Williamstown and Williamstown North along with parts of Brooklyn and Laverton. 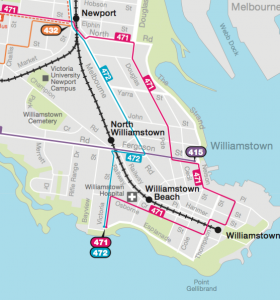 Below we have uploaded various editions issued for City of Hobsons Bay, however we stress this is not a complete set by any means. Where possible, we have noted the reason(s) for the updated map.