Following the launch of the Metlink brand across Melbourne in 2003, pocket-sized guides with multi-modal network maps were distributed to households around Melbourne. 31 different editions are available, one for each municipality. The maps often include suburbs adjoining municipal boundaries. 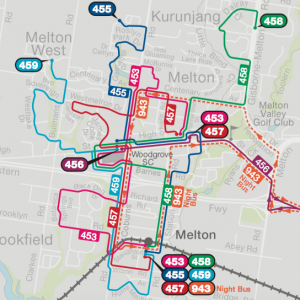 Below we have uploaded various editions issued for City of Manningham, however we stress this is not a complete set by any means. Where possible, we have noted the reason(s) for the updated map.