AB Volvo grew from a ball bearing manufacturer AB SKF and Volvo is a derivative of “volvere” which is Latin for “I roll”. From day one vehicles were built tough in order to cope with the difficult driving conditions found in sub-arctic Sweden and other parts of Scandinavia.

Despite being incorporated in 1915 it was not until 1924 that founders Assar Gabrielsson and Gustav Larson decided to enter automobile production and their first car, the Volvo OV4 debuted in 1927.  AB Volvo was floated on the Stockholm stock exchange in 1935. It produced cars and commercial vehicles until 1999 when the car division was sold to Ford for $6.45 billion. 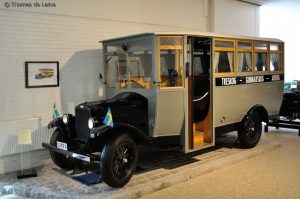 A 1928 bus based on Volvo’s LV45 truck with bodywork from Arvika Vagnsfabrik seen at the Volvo Museum in Gothenburg. (Thomas de Laine, BusGlobe)

Volvo Buses is a subsidiary which became an independent division in 1968. It is based in Goteborg. It is the world’s second largest bus manufacturer, with a complete range of heavy buses for passenger transportation. The product range includes complete buses and coaches as well as chassis combined with a comprehensive range of services.

The bus operation has a global presence, with production in Europe, North/South America, Asia and Australia. Volvo has also taken over a number of other major suppliers in Europe and North America including Drogmoller (Germany), Steyr (Austria), Prevost (Canada) and, most famously, Leyland Bus in the United Kingdom in 1988.

Although buses were built on truck chassis from 1928, the first real bus model, designated the B1, was launched in 1934 and bus models have always had a B prefix to their chassis designation. The first diesel engine bus was produced in 1945 and the first under floor engine bus in 1951. 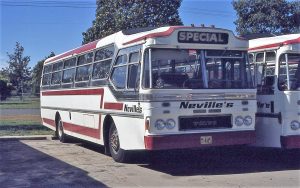 By the time Volvo buses reached Australia in 1971, the chassis range comprised the B57 (front engine), B58 (mid-engine) and B59 (rear engine) models.

The B57 was a front-engine single-decker bus built between the 1960s and 1980s but only marketed locally during the first half of the 1970s. It was equipped with the Volvo TD70-six cylinder in line turbo charged engine coupled to a six speed synchro gearbox.  It was unsuccessful here as most operators preferred the cheaper Bedford alternative. Grendas had one as did Thomas Tours in Adelaide. Morphetts in Adelaide put two chassi on bodied removed from Bedfords and Nevilles in Sydney had a small batch of route buses.

The B58 was an under floor engine bus. The engine featured direct injection and turbocharging and developed 133kW. Depending on the intended use, this could be coupled to a Volvo five speed manual box, a semi-automatic four or five speed Wilson or an Allison four speed automatic transmission. 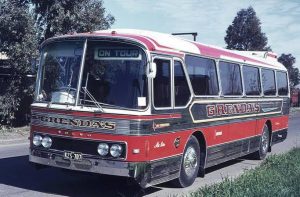 The first two Volvos to appear in Australian private bus fleets were B58s, a Denning bodied coach delivered to Grenda’s of Dandenong in 1971 and a Custom Coaches bodied route bus for Forest Coach Lines in 1972.

Unlike Europe where they were usually coaches, many here were used as route buses. Canberra had 78 in four batches during the 1970s, MTT Tasmania took 68 in three batches between 1975 and 1979.

The B58 also came in artic form with a Hess bodied demonstrator imported in 1976, followed by Volgren bodied units for MTT Hobart and a Sydney operator. B58 coaches were also quite popular with a batch for the RAAF in 1976, several used on branch line rail replacement in Victoria and by charter operators in most states.

The B59 was a rear-engine bus chassis produced in Europe from 1970 until 1980, which featured a 9.6 litre straight-6 diesel engine developing 190kW. Australian deliveries were in three lengths the B59-50, B59-54 and B59-56. The dashboard and electrical systems had been completely redesigned from previous European Volvos. Four automatic and two semi-automatic gearboxes were available the automatics featuring a torque converter and/or retarder. 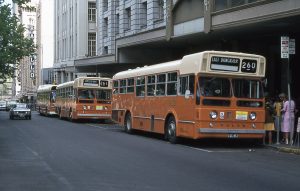 The B59 chassis found favour with several government operators Brisbane taking 98, Melbourne 100 and Adelaide a whopping 307. Only a few went to pivate operators notably Surfside and Hornibrook in Qld with three each.

Brisbane’s Hornibrook Bus Lines took four B58s with 49 seat Domino Hedges bodies in 1978 followed in 1981-2 by three B59s with Volgren bodies. Surfside Bus Lines also took three new B59s in 1981-2 (plus many secondhand B58s from Canberra and B59s from the Brisbane and Adelaide fleets later on. Some B58s were rebodied in the 1990s by operators including Surfside in Qld and the Crossley / Revesby fleets in Sydney thus extending their longevity.

When Volvo developed its partnership with the Grenda family to found the Volgren bodyworks in 1979, the initial deliveries were all based on the B58 chassis. 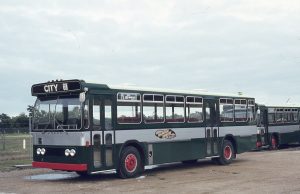 Whilst many of the early units went “in house”, other early customers included Sinclair, Cook of Geelong and Nabalco Mines NT. A notable order was six B58s for Melbourne-Brighton Bus Lines which were never delivered due to industrial troubles which eventually led to the operator’s demise at the joint hands of unions and Government. They were absorbed into the Southland, Grenda, Peninsula and Sinclair fleets.

All things considered Volvo had made a big impact on the market during its first decade in Australia. This was to continue in the 1980s, most notably as a result of the replacement of the B58 with the new B10M (released in Europe in 1979) and the front engine B6FA. 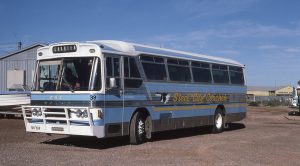 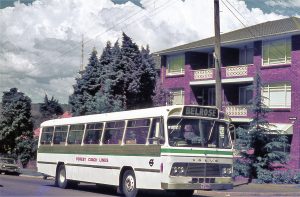